Posted on October 31, 2015 by glasgowtheatreblog

Adapted from the 1957 British Lion film of the same name, with the classic hits of Irving Berlin weaved around the action, The Smallest Show on Earth is a wonderfully charming new musical from the pens of Thom Southerland and Paul Alexander. Packed full of warmth and wit, and executed with energy and enthusiasm by the first-rate cast, it is a welcome addition to the musical theatre canon.

A classic underdog tale, David faces Goliath when struggling screenwriter Matthew Spenser (Haydn Oakley) and his wife, Jean (Laura Pitt-Pulford), inherit the decrepit Bijou Kinema. Across the road is the shiny new Grand Cinema run by the ruthless Ethel Hardcastle (Ricky Butt), a woman who’ll do anything to annihilate the competition. With employees as decrepit as the building, Jean pulls out all the stops to save the failing fleapit and its inhabitants.

Set in the late 1950s, the script, set and lighting are beautifully evocative of a bygone era. The tunes, while at first glance a seemingly strange fit for a thoroughly British story, fit seamlessly and, while it would have been nice to have original songs, you know you are on to a winner when the first few bars of these much-loved tunes ring out, and the audience is quietly mouthing every word. 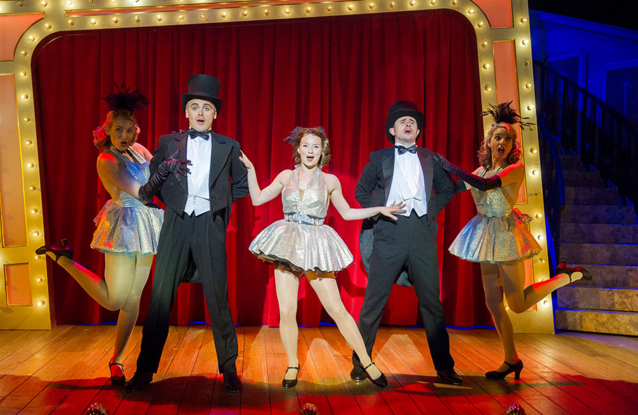 Much of the success and a whole heap of its charm is due to the faultless cast and there’s a ridiculously high number of standouts: stage and small screen veterans Liza Goddard and Brian Capron as the redoubtable box office battleaxe Mrs Fazackalee and “well-oiled” projectionist Mr Quill lead. Goddard has the lion’s share of the best lines and her comic timing is spot-on and Capron is charming as the permanently sozzled projectionist with a broken heart. Laura Pitt-Pulford’s crystal clear voice is wonderfully era-evocative as is Haydn Oakley’s as husband Matthew. Sam O’Rourke (Tom) and Christina Bennington (Marlene) are utterly irresistible as the young lovers from rival families and are particularly impressive during Steppin’ Out With My Baby as is Matthew Crowe as the solicitor with a hankering for the stage.

Mention must be made too of Lee Proud’s choreography, which is refreshingly original and energetically executed throughout.

Writer/director Southerland has form breathing life into existing musicals and his sure-handedness shows here. This is a heart-warming and utterly charming show, which will have you leaving the theatre with a warm, fuzzy feeling inside – perfect for these cold, autumn evenings.