Posted on October 6, 2017 by glasgowtheatreblog 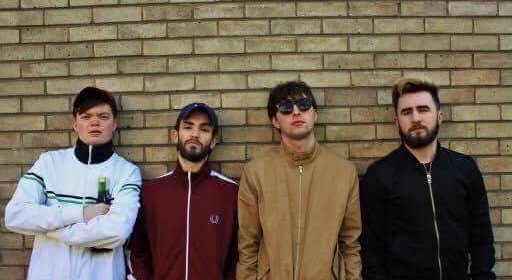 New Scottish sketch group, Weegie Hink Ae That, take the most familiar (and embarrassing) Glasgow stereotypes, and oh so cleverly put a new spin on them to create an original, and frequently hysterically funny evening of comedy.

There’s no doubt, from the performers to the material they deliver, where they’re from. This is Glaswegian to its very core. From a musical eulogy to the Greggs Pie, through Saturday night with the girls at the dancing, a parody of some familiar playground taunts, to some new and unusual ways to utilise the tattie scone – it’s clear there’s huge potential here.

The transitions are slick, each of the performers (Gregor Mackay, Conor Hardie, Jack Jarvis Gouther and Elliot Hannigan) pulls their weight, and to their credit, has their own identity (which is quickly established by the clever writing) within the group.

Don’t be fooled by the tracksuit/trainer-clad lads you see in front of you. These are highly intelligent writers and performers. It takes a great deal of talent to pull this material off with such aplomb, and it’s easy to see this getting picked up for TV. It would make a youthful counterpoint to the geriatric Glaswegian pals in BBC TV hit Still Game.

Not all the material hits its mark, and for broader appeal they could extend their frame of reference a few decades beyond their own youthful demographic to ensure Scotland-wide comedy domination, but these young men are going far – keep your eyes peeled, this won’t be the last you’ll hear of them.