Posted on November 2, 2017 by glasgowtheatreblog

It’s refreshing to see George Stiles and Anthony Drew’s little seen modern adaptation of Cinderella, Soho Cinders being staged in Glasgow, and highly anticipated when you know it’s Mad Props Theatre Company who are producing it. Known for fearless and original choices in their artistic output, Soho Cinders is another first for the company. 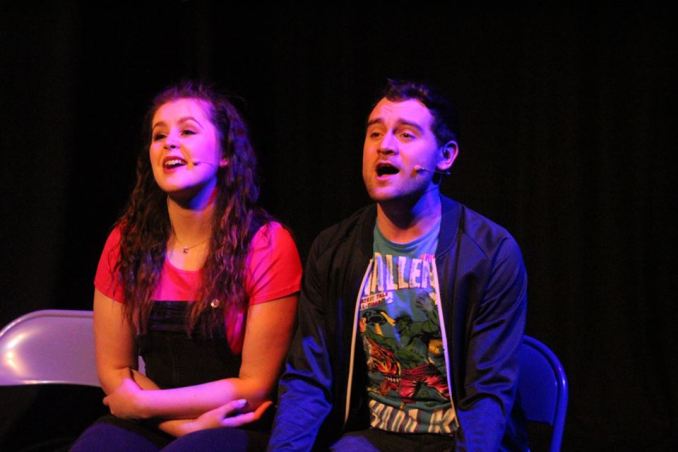 Life isn’t going well for skint student Robbie. His mother has died, and his lap-dancing club owning step-sisters have upped the rent on his beloved late mum’s launderette where he works and threatened to turf him out, coupled with that he’s fallen in love with the bisexual, engaged to a woman, London mayoral candidate, James. Oh, and to complicate matters even further, he’s also involved in a rather unconventional financial arrangement with a ‘fairy godfather’ Lord Bellingham. 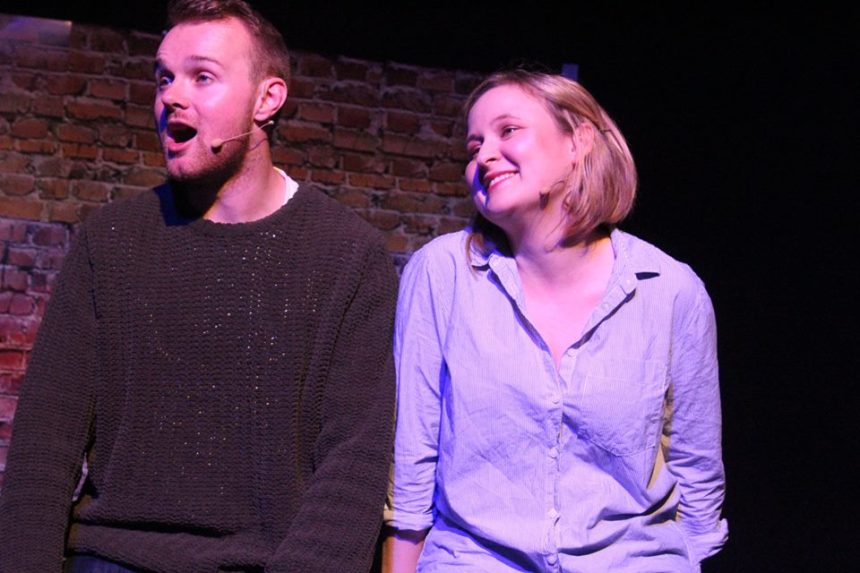 The path of true love never runs smooth and needless to say there’s many a twist and turn until our Robbie is reunited with his mobile phone (the contemporary version of a glass slipper) and boy gets boy in the end. 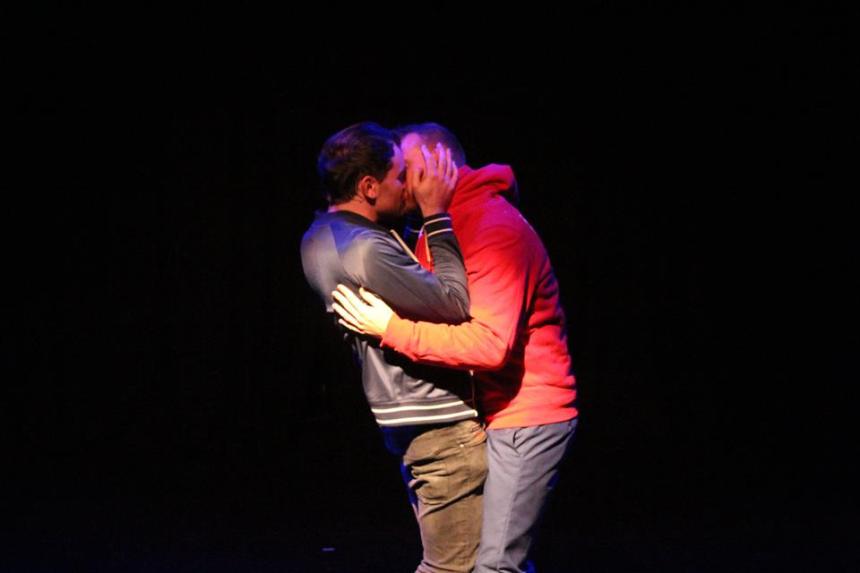 There’s potential for Stiles and Drew’s work to be a bit more biting and make a bigger statement, but it remains a lightweight piece of fluff. The characters have been created with broad brushstrokes and the simplistic storytelling undermines the more serious points the musical is trying to make.

It has the feel both in tone and musically of Legally Blonde and Mamma Mia. There are also musical snippets that are reminiscent of Jesus Christ Superstar of all things. That said, the entire score is varied in style and pleasant on the ear. There are some knock-out tunes too – in particular, They Don’t Make Glass Slippers, sung by Mad Props stalwart Dominic Spencer (Soho Cinders marks his welcome return to the stage) they need him to elevate this average musical to something special, and he does. His rendition of this haunting ballad will leave you with goose-bumps. Marie-Anne McGrattan and Louise Daly-Creechan as Robbie’s grotesque step-sisters generate the lion’s share of the laughs, they look as if they’re having a ball and their energy transmits to the auditorium. 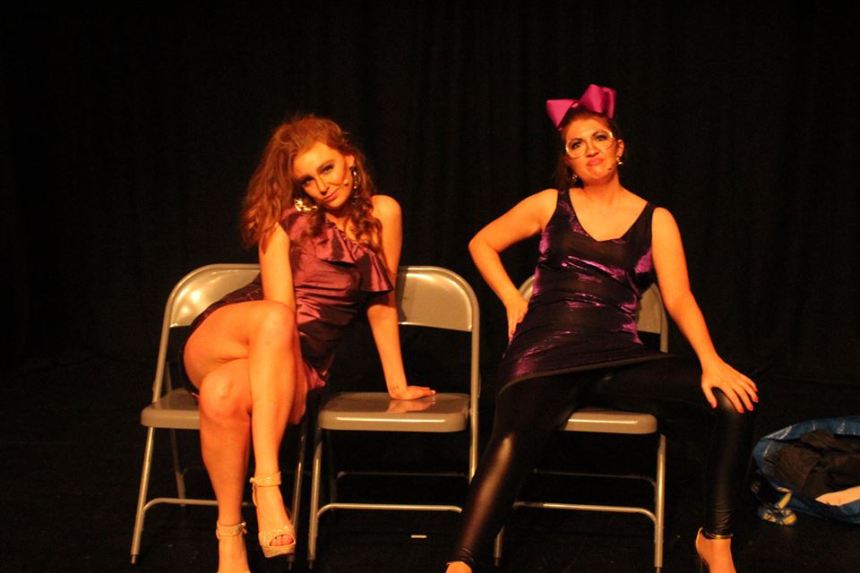 The supporting cast are universally solid and Jon Cuthbertson delivers a particularly repulsive turn as political aide William (his storyline uneasily resonant in light of the current sexual harassment scandals). Less successful is Stuart Taylor as Robbie’s love James. His voice doesn’t sound fully warmed up and it is often inaudible. On a side note, and a great coup for the company, the voice of Big Brother, Marcus Bentley provides the dead-pan narration. 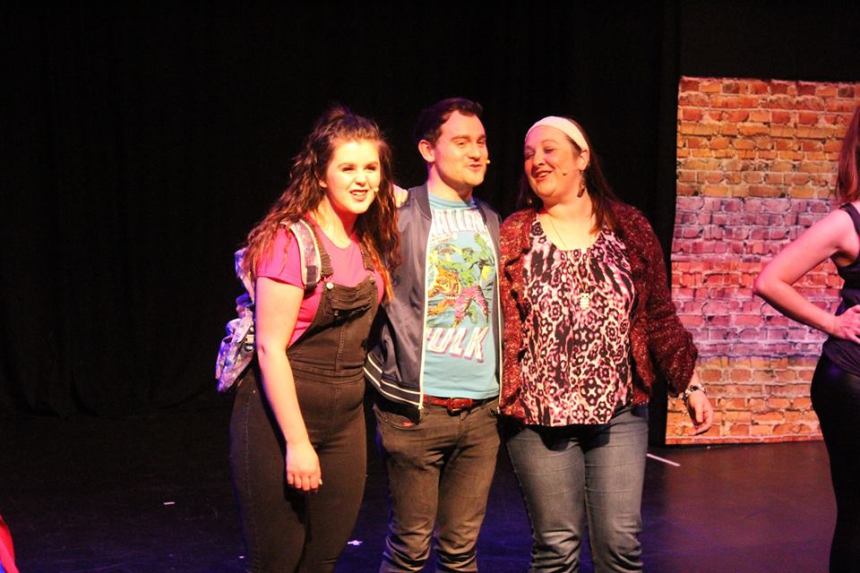 Well worth watching for musical theatre aficionados who relish the chance to see less frequently staged works, and worth it alone to hear Dominic Spencer back in his finest form. 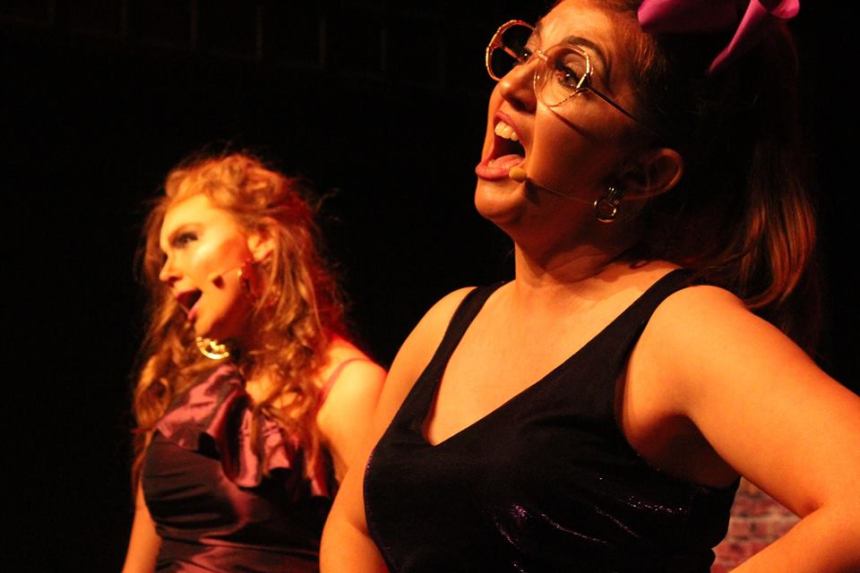