Posted on January 25, 2017 by glasgowtheatreblog

The nightmarish world of Franz Kafka’s The Trial, a world of surveillance, authoritarian power and injustice, was a work of paranoid fantasy when it was written in 1914/15. However, in 2017, the subject matter of this modernist masterpiece, has proven to have an eerie prescience. 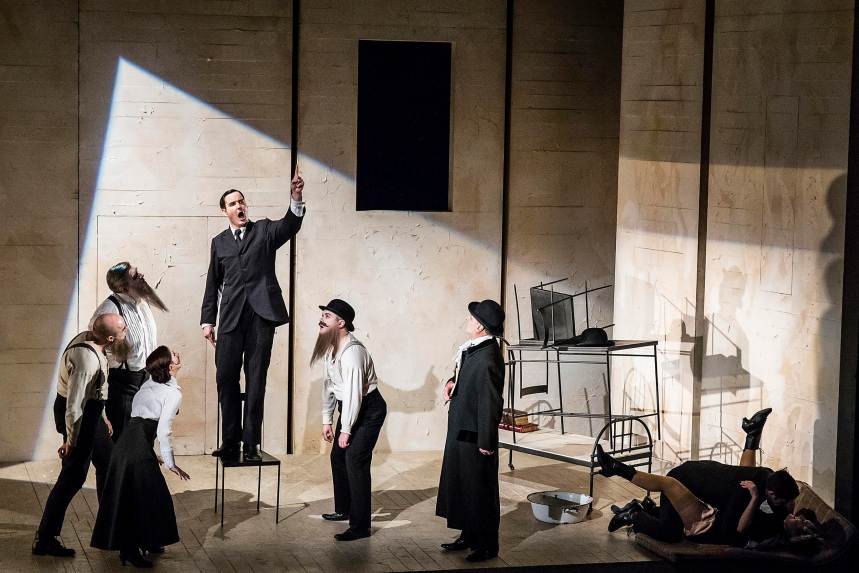 Philip Glass’s 20th opera, a co-production between Music Theatre Wales, The Royal Opera, Theatre Magdeburg and Scottish Opera, faithfully follows Kafka’s original text, thanks to its pin-sharp libretto by Oscar-winner Christopher Hampton. Enhanced by its innovative score by Glass, this is opera for non-opera goers. 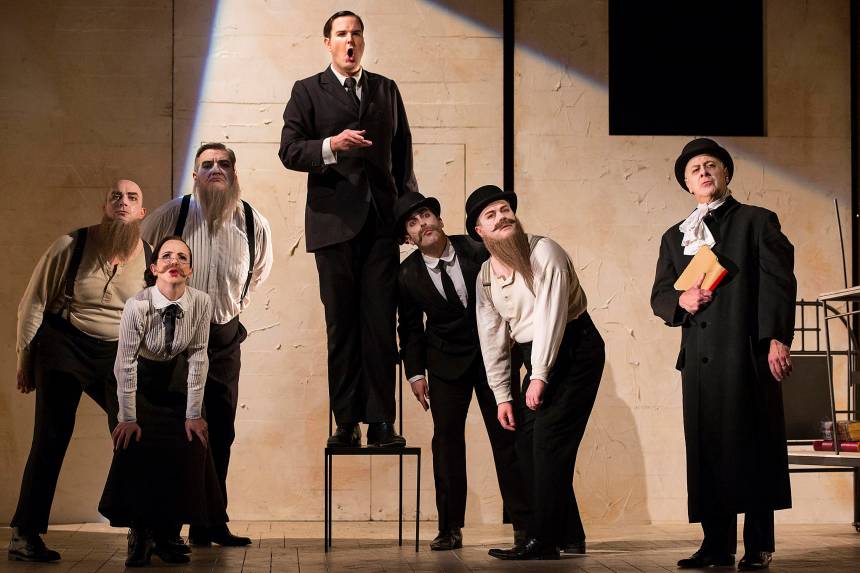 In this surreal tale, it’s the morning of his 30th birthday, and the unsuspecting Josef K is arrested for an unspecified crime. Initially disbelieving, he refuses to think that this could end any other way but well, but those closest to him urge him to take the charges seriously. As time ticks ominously by, and confronted by a parade of unpredictable characters and absurd situations, (including a web-fingered maid, a portrait artist, lawyers, court officials and a pair of guards that are dead ringers for Tin Tin’s the Thompson Twins) he increasingly realises that this nightmare may be one from which he can never escape. 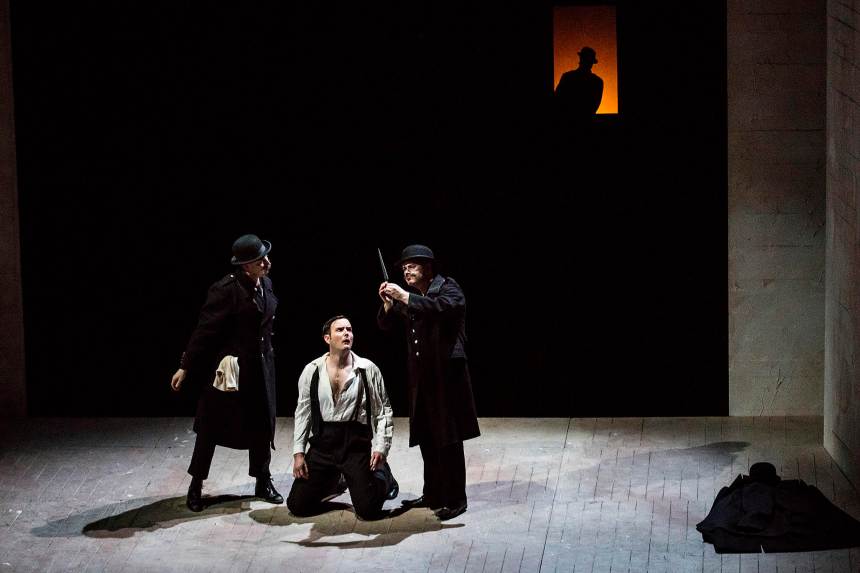 There’s a danger that Kafka’s bleak story (though one that is blackly comic) coupled with Glass’s (in his own words) “music with repetitive structures”, played out on a minimalistic set, could be entirely one-dimensional, but it manages to be grippingly atmospheric. There are flashes of the great Bernard Herrmann in Glass’s score and the music matches the mood of the piece perfectly, a menacing bass line ramping up the discomfort throughout.

Sung in English, The Trial’s accessibility is one of its strengths, that and the talented eight-strong cast. Sure-footed and fine-voiced, Nicholas Lester delivers a well-judged Josef K, veering between nonchalance and despair perfectly. Scottish Opera Emerging Artist Elgin Llyr Thomas makes his mark too, a singer with a successful future ahead of him, he shines brightly in the array of roles he’s charged with tackling.

Next up for the company is Debussy’s Pelléas et Mélisande, a Sunday Series concert performance of L’Enfant Prodigue, a lesser-seen Debussy work and the much-loved Opera Highlights tour.