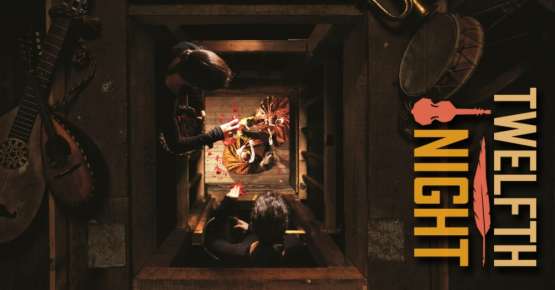 The combination of Tony and Olivier winning Rylance returning to the Globe for the first time since his tenure as artistic director, the revival of this previously universally lauded production and the return to the stage after 17 years of national treasure Stephen Fry, ensured that this run sold out as soon as it was released in January.

It has been ten years since this play first held the audience transfixed at the Globe, now Mark Rylance and many of the original team return to weave their magic.

This was the last night of this year’s season at the Globe and as magical as the Globe always is  this was probably the most magical ever – as close to perfection as anything I’ve ever seen on stage.

Joining Rylance from the original cast to recreate their lovingly remembered performances are Paul Chahidi, a mischievous Maria, Peter Hamilton-Dyer as a golden-voiced Feste and the wonderful Liam Brennan as the besotted and beguiled Count Orsino. Rylance is the master (or in this case should I say mistress) of this space. No one I have ever seen appear here has managed to hold the audience in their thrall quite like him. For all his mastery of the dramatic role he truly shines in comedy. In black gown and ghost white face he glides hovercraft-like across the stage, executing three point turns every time he wishes to sit. With one tiny look or minuscule gesture he reduces the audience to tears.

New for the production, but no strangers to this stage, are Globe regular Colin Hurley as a deliciously debauched Sir Toby Belch, and from this year’s Richard III, Roger Lloyd Pack a  bumbling Andrew Aguecheek, Samuel Barnett and Johnny Flynn as twins Sebastian and Viola, and of course, Stephen Fry as Malvolio, who, in a nicely tuned performance, never lets the character fall into cheap farce.

This is theatrical perfection and the ultimate example of an ensemble cast. Luckily for those who didn’t get the chance to see this in its spiritual home they will have the chance to catch it from November at The Apollo on Shaftesbury Avenue where it runs in rep with Richard III.