REVIEW: Back to the 80’s – Eastwood Park Theatre

Posted on February 7, 2013 by glasgowtheatreblog 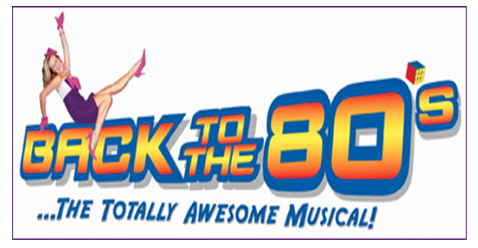 The biggest hits of the decade, an engaging and nostalgia filled storyline, combined with the energy and commitment of this vibrant and highly talented cast, make Minerva Youth Theatre’s Back to the 80’s a must-see for every age group.

Regarded by most who had to live through them, as not the best decade for either fashion or music, this show proves that yes, some of the fashion moments may have been ill-judged, but there really were some fabulous hits in the 80’s, which this brilliantly exuberant and sure-footed cast deliver with unwavering focus and energy for the whole of its two hours.

There’s much to delight here for every age group; those who remember the 80’s can revel in the cleverly delivered nods to just about every famous face and fad of the decade (it’s a whirlwind tour of the pop culture of the day); while the kids can, in turn, laugh at what we found “cool” way back then and find out where all those neon fashions so prevalent now, actually came from. The kids will also surprise themselves at how many of those nearly 30 year old hits they actually know.

The show tells the story of 17 year old Corey (Matthew McCallion) and his friends and enemies in the 1989 graduating class of William Ocean High (get it?) as seen through the eyes of his almost thirty year old self in the year 2001. It’s a classic boy meets girl story infused with all the trials and tribulations of teenage love, but seen from the perspective of the now grown man, and all played out to the sounds of the biggest hits of the 80’s.

The ensemble as a whole are polished and assured, but special mention must go to Matthew McCallion as central character Corey Palmer whose affable charm, impeccable American accent and highly accomplished performance are the lynch-pin of the evening. He is ably supported by Reece Thomson as the object of Corey’s affection, Tiffany and Kyle Nolan as his rival in love Michael. Also deserving of praise are: Ross Moynihan as high school nerd turned Internet millionaire Feargal McFerrin, who wholeheartedly throws himself into the role and raises the biggest laughs of the night (I won’t waste the surprise but his Karate Kid routine is priceless) and Hannah Verlaque and Jennifer Scott as Laura and Debbie a pair of girly geeks with fantastic comic timing.

The show whizzes past at breakneck speed, punctuated by some fantastic hits sung by a hugely talented cast –  go along and enjoy the roller coaster ride Back to the 80’s – I promise you’ll love it.

Runs until Saturday (including Saturday matinee) at Eastwood Park Theatre

tagged with Back to the 80's, Eastwood Park Theatre, Minerva Youth Theatre, REVIEWS