Posted on October 7, 2015 by glasgowtheatreblog

It doesn’t seem like overstatement to say that Tim Rice and Andrew Lloyd Webber’s ground-breaking 1971 work, Jesus Christ Superstar changed the face of musical theatre; with its rock infused score used to tell the biblical tale of the last seven days in the life of Jesus Christ, it well and truly broke the mold, proving that any subject matter could be made into musical theatre.

Now over 40 years on, the public’s interest in the work appears undiminished as Bill Kenwright’s latest production plays to packed houses on this extended UK tour. 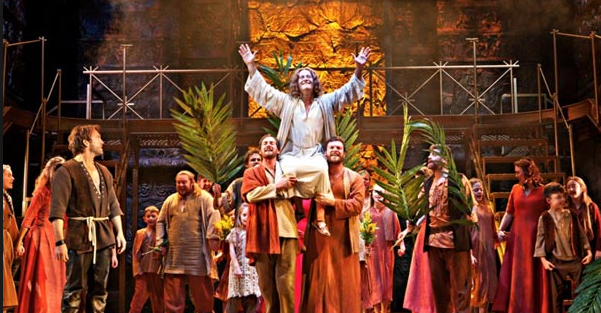 Musical theatre veteran Glenn Carter reprises the role of Jesus, a role he has played in both the West End and Broadway, with Australian musical theatre star Tim Rogers as Judas and X Factor alumni Rachel Adedeji, Mary Magdalene. Carter’s long track record with this work allows him to wring the maximum emotion out of the role and his vocals are still on point, but his advancing years visually detract from the vocal and acting quality. Rogers fares better, more than meeting the vocal challenges of his role. Adedeji, while vocally sure, is less convincing emotionally. 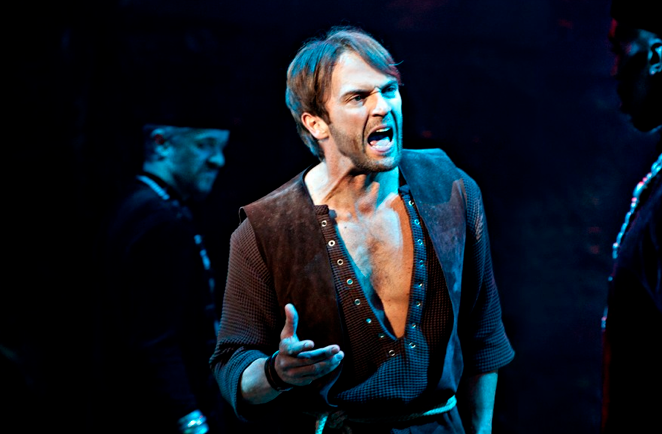 The characters throughout are richly drawn and the actors playing them are universally deserving of praise, managing to breathe life into even the briefest of appearances and their energy levels are astounding. 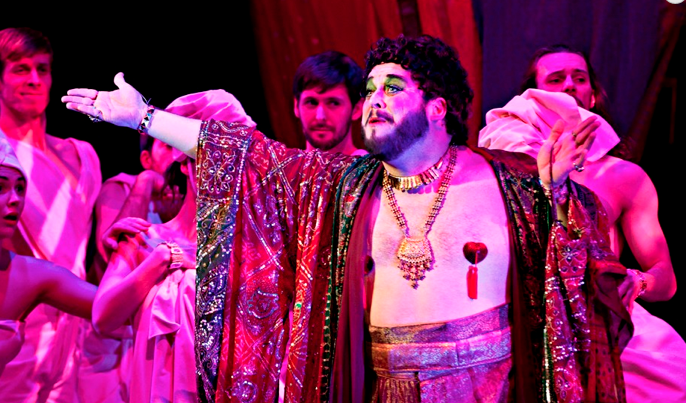 There’s much to love here: with its eardrum rattling and totally irresistible rock score firmly front and centre, it successfully conveys both the torment of Judas and his increasing disillusionment with his boss’ fame overshadowing the message of their mission, as well as the rapid and tortuous demise of the ‘King of the Jews’. All these years on and Jesus Christ Superstar’s power remains undiminished. Expect to see it touring for many years to come.

Posted on April 16, 2015 by glasgowtheatreblog

The well-loved Jesus Christ Superstar is very much a show of its time, wearing its hippy-era roots on its sleeve. That said, this is a high quality revival from Bill Kenwright with much to recommend it. Unlike the ill-advised arena tour of a few years ago, this production returns the show very much to its origins as an emotive, though-provoking piece of theatre: much more subtle, yet more powerful than its bombastic predecessor. It features an impressive cast most notable Tim Rogers’ Judas and last-minute stand in Johnathan Tweedie as Pilate, both of whom are impressive.

An extension to the tour has been announced so there’s a chance to catch it when it comes to Glasgow at the King’s Theatre from 5th to 10th October. 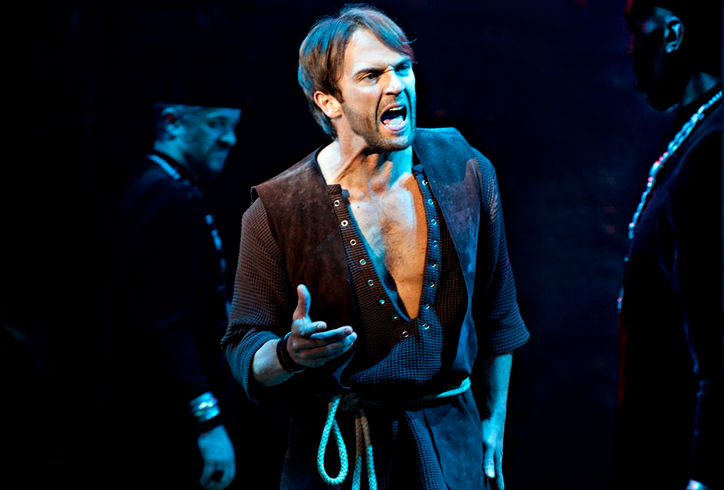