Posted on March 15, 2019 by glasgowtheatreblog

The shining star of Scottish Opera’s current season is undoubtedly Stephen Lawless’ gorgeous looking and sounding version of Leoš Janáček’s Kátya Kabanová. One of the four late operas by the composer that are universally acknowledged as his greatest works, it has been given something of a Scandi-noir look by designer Leslie Travers and lighting designer Christopher Akerlind, for this co-production with Theater Magdeburg. Based on Alexander Ostrovsky’s play The Storm, and originally set in the 1860s in the small industrial town of Kalinov on the banks of the Volga river, the action has been advanced over a hundred years to the dark days of the Soviet era.

Sweet and loyal Kátya is seemingly happily married to Tikhon but unrelentingly bullied by his over-possessive, domineering mother Kabanicha. When Tikhon is ordered away on business by his mother, the oppressed and isolated Kátya is tempted into the arms of another. Inherently loyal and utterly remorseful of her actions, she cannot come to terms with what she has done. In the closed-minded town she is subjected not only the whispers of the townsfolk, but the whispers in her own head. Kátya decisively takes action to calm the storm inside.

The orchestra of Scottish Opera are on lively form, at times so lively that it takes a strong singer to stand up to their vigour: some are more successful than others. Laura Wilde is a soft and timid Kátya with a crystal clear soprano, however, there are points where she, like others is overwhelmed by the pit. American tenor Ric Furman as her insipid lover Boris, is almost inaudible for much of the production, and as her Mrs. Danvers-like mother-in-law-from-hell, Patricia Bardon is in fine voice, but strays into pantomime territory as the arch villain. Much more successful are lovers Varvara (Hanna Hipp) and Vanya (Trystan Llŷr Griffiths) who provide a lively foil to the darker goings on. 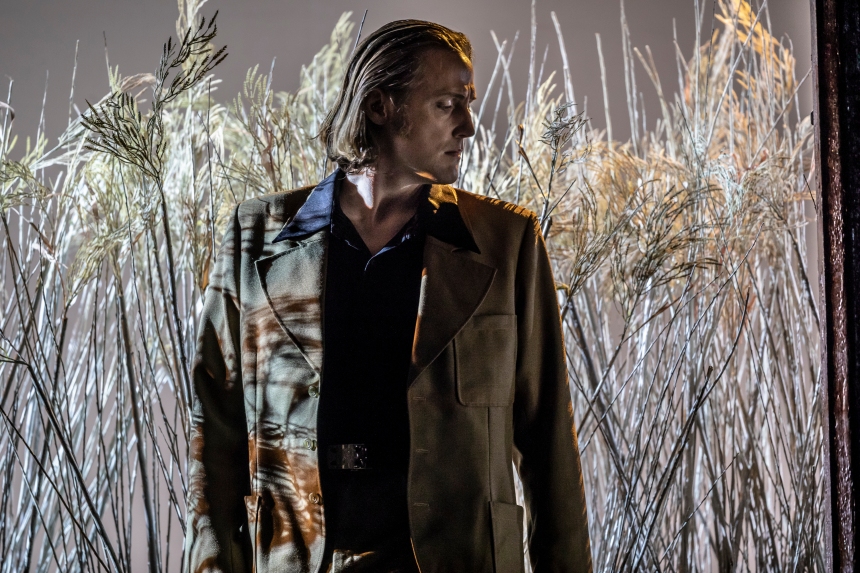 This is a production that transcends its faults, darkly atmospheric, beautifully designed and with a lyrical yet highly dramatic score that is an absolute treat for the ears, it is a shining jewel in Scottish Opera’s current season.