Posted on May 14, 2019 by glasgowtheatreblog

The revamped show is split into two halves: the first a potted history of the Fab Four, starting from the famous Royal Variety Performance in 1963, through Shea Stadium to Sgt. Pepper and beyond. The second, is set a decade after The Beatles went their separate ways. It’s the 9th of October 1980, John Lennon’s 40th birthday, the band reunite for one night only for “the ultimate concert that never was”. Here we get a chance to hear some of the hits from each Beatles’ solo careers.

Let It Be is the Rolls Royce of Beatles celebration acts and the quality of the musicianship is outstanding. Emanuele Angeletti (Paul McCartney), John Brosnan, Ben Cullingworth (Ringo Starr) and Richard Jordan (John Lennon), go beyond simple impersonation. To the ear, this is as close as you are going to get to the real thing. Every specific tone and intonation of each man is captured in impressive detail.

While fans of the original show may wish to see something a bit different from the usual history and greatest hits of The Beatles, it is understandable that after seven years the performers and producers might want to shake things up a bit. This production is very much a show of two halves and while the quality of the vocals and musicianship never dips, the choice of songs in the second half mean that there’s a distinct shift in atmosphere. The joyous celebration of The Beatles early years is replaced by some more sombre moments from their later careers. That said, the whole evening ends on a high and with the audience on their feet, a series of Fab Four classics sending the crowd out into the rainy night with these musical masterpieces ringing in their ears.  Well worth catching if you can.

Posted on December 13, 2018 by glasgowtheatreblog

The SEC Armadillo pantomime has gone all-out in its efforts to sparkle and shine brighter than its rivals: even before you enter there’s the dazzling 5 foot high letters spelling out the title of the show, then there’s the twinkling lights from the 20 foot Christmas tree, the flashing neon of the big wheel and the rainbow-hued SSE Hydro right next door. For sheer sparkling extravagance in set, costume and lighting design, no expense has been spared in this year’s offering, Cinderella. Cinder’s starlit crystal coach is a particular highlight, sparkling as it flies out above the audience.

The storyline is a simplistic and very streamlined version of the traditional tale: the two ugly step-sisters are mean to poor old Cinders (though not as mean as they could be); Cinders can’t go to the ball; the prince masquerades as a servant and falls in love with our heroine in the woods; Cinders gets her glad-rags on and goes to ball in disguise; Prince and Cinders are re-united; slipper gets lost; slipper finds its owner; the lovestruck pair get married, and yes, they all live happily ever after.

There’s no slapstick, no audience participation and no sweetie throwing as expected from a ‘traditional’ panto. There is however heavy reliance on The Krankies to provide the light relief, but their smut-laden and entirely inappropriate dialogue is woefully outdated in 2018 – and this comes from someone who is very much not of the ‘snowflake generation’. Watson and Mitchell are fine comic actors and do their best with the material given and Thorburn and Jack, both gifted singers only have a few short moments to show their considerable talents. They are all supported by a hard working, top-notch adult ensemble and a well-drilled children’s troupe from JazzartUK.

Very much geared towards adults, this is a beautifully staged panto, but I can’t help think that opportunities were wasted by the script writers and director with such a talented cast of actors.

NEWS: War Horse’s Joey visits Glasgow before its run at the SEC Armadillo

Posted on September 24, 2018 by glasgowtheatreblog

The National Theatre’s acclaimed production of War Horse, based on the novel by Michael Morpurgo arrives at The SEC Armadillo from 15 January – 2 February 2019 as part of a national tour.

Joey, the life-size equine puppet from War Horse made a special early appearance in Glasgow next to The Duke of Wellington Statue last week as well as his home for January – The SEC Armadillo. The event also included a talk about the history of the show from War Horse’s Assistant Puppetry Director, Matthew Forbes. 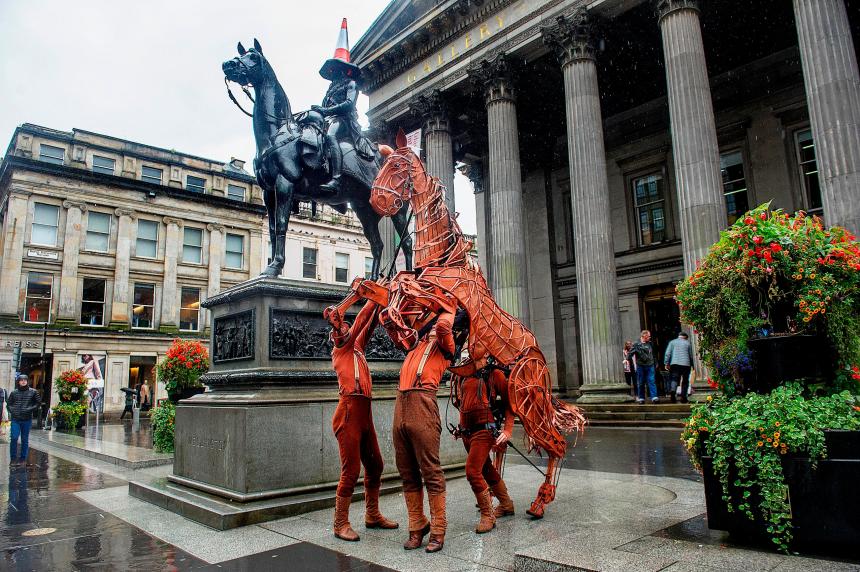 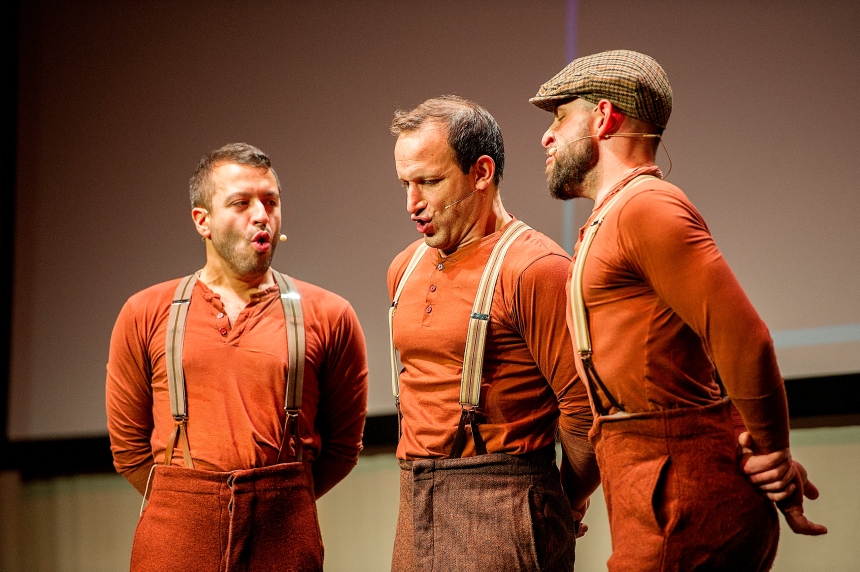 Posted on May 4, 2015 by glasgowtheatreblog

Michael Ball returns to Glasgow’s Clyde Auditorium to showcase his latest album If Everyone Was Listening, a selection of songs with personal resonance for Ball.

There’s a heavy modern country vibe about the songs from the new album which as unlikely as it may seem, sit well with Ball’s voice, the evening is also interspersed with pop hits, Avici’s “Wake Me Up” and Katy Perry’s “Roar” among them, and of course, a selection of West End standards including Les Mis’ “Empty Chairs at Empty Tables” the song that brought Ball to the nation’s attention.

Whilst Ball more than does justice to the pop standards, the true power and resonance of his impressive voice only truly gets a chance to shine in the musical theatre numbers. 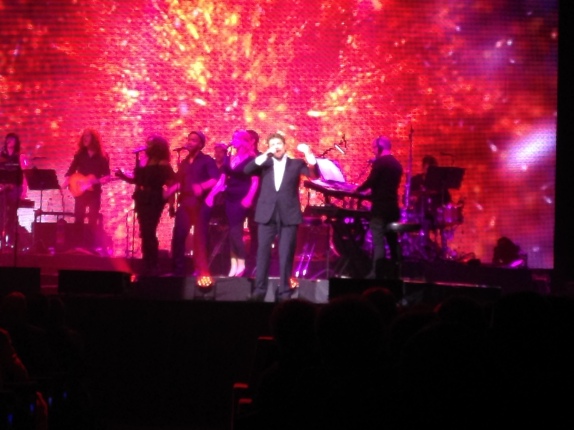 What makes every concert from Ball a winner, is his engaging personality. He shares personal memories about his career, the downs as well as the ups, gives heart-felt reasons for his song choices and revels in the self-awareness that he’s phenomenally uncool but he’s happy with that – and so are his audience.

The crowd are on their feet from the opening notes and throughout the evening, culminating in a mass storm of the front of the stage for the concert finale. Ball could easily claim to have the most avid fandom around and it’s hard to resist the love in the air, the sheer joy with which the songs are delivered and received, is infectious.

Ball allows his backing vocalists their moment in the spotlight too and West End performers Sandra Marvin and Adrian Hansel’s duet on “A Whole New World” is particularly impressive, as are the seven piece band who provide rich accompaniment to the whole evening.

The evening ends on a high with Ball’s career changing hit “Love Changes Everything” and the audience leave even higher. This is a master of his craft at the top of his game, a better quality performance you would be hard-pressed to find anywhere.