Posted on January 26, 2020 by glasgowtheatreblog 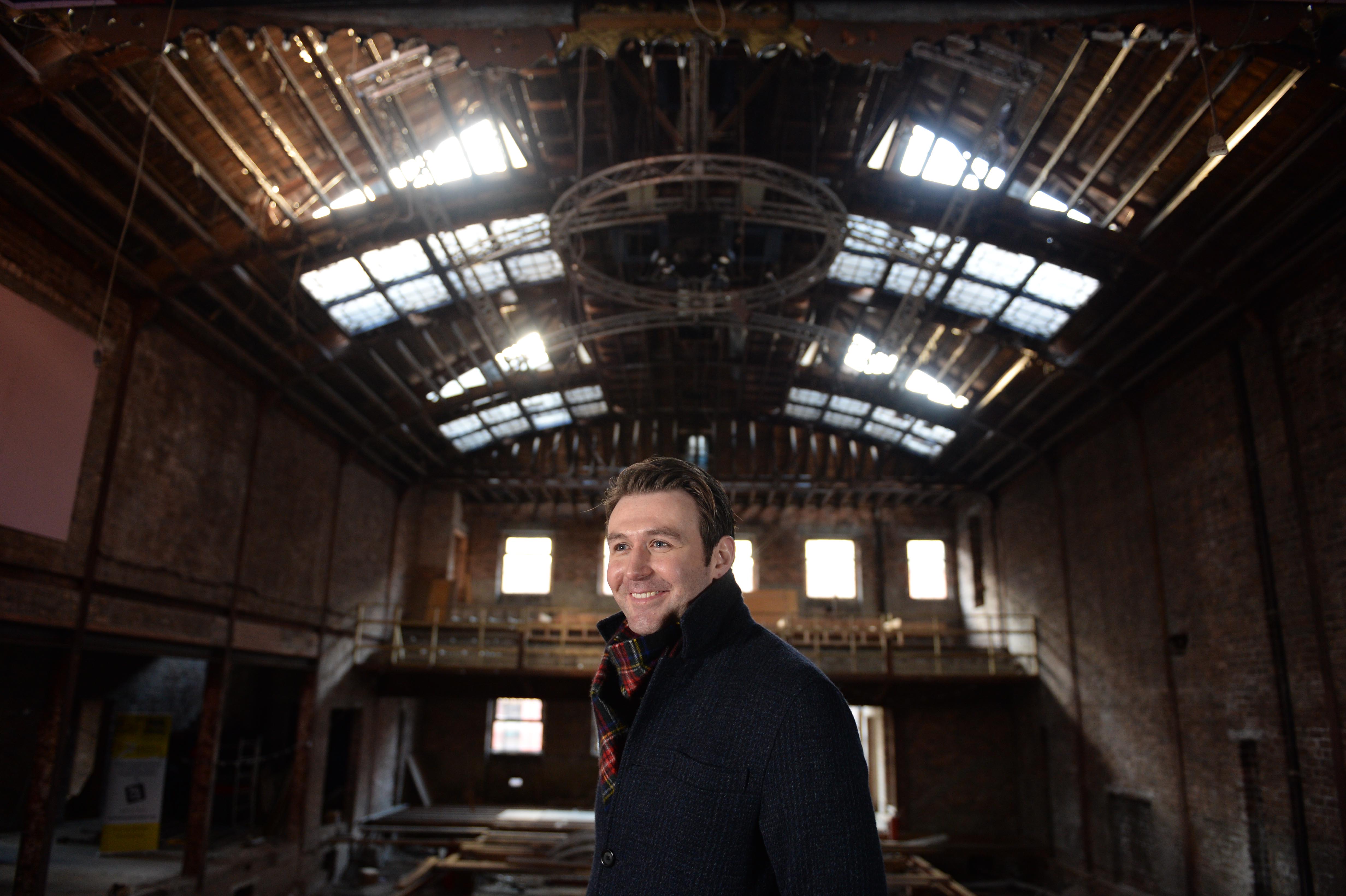 FREE TO USE FIRST USE: PACE Theatre Company new patron rising star of stage and screen James McArdle (Mary Queen of Scots)in the former New Templar Hall, Old Sneddon Street, Paisley, Renfrewshire, Scotland, which is to be transformed into a new theatre space dedicated to promoting and developing theatre for children, young people and families, the first of its kind in Scotland. January 23, 2020. McArdle took time out of filming in Philidelphia with Kate Winslet on his new HBO series Mare of East Town – he is due back on set in the coming days after visiting Paisley.
James is a former PACE Youth Theatre member and since graduating from RADA in 2010 has garnered a string of impressive credits including title roles in James I, Platonov and Peter Gynt at the National Theatre, a Broadway transfer of Tony Kushner’s Angels in America, and as the Earl of Moray in the 2019 feature film Mary Queen of Scots.
The vacant building on Old Sneddon St in Paisley, was most recently the site of a former nightclub (Mannequins) but was built as the New Templar Hall in 1932 and has been variously used as a dance hall, cinema and telephone exchange in its lifetime.
Renfrewshire Council has already pledged an award of up to £300k from Renfrewshire’s £1.46m share of the Scottish Government’s £50m Town Centre Capital Fund – aimed at bringing vacant buildings back into use, improving infrastructure and supporting community-led regeneration.