Posted on December 18, 2017 by glasgowtheatreblog 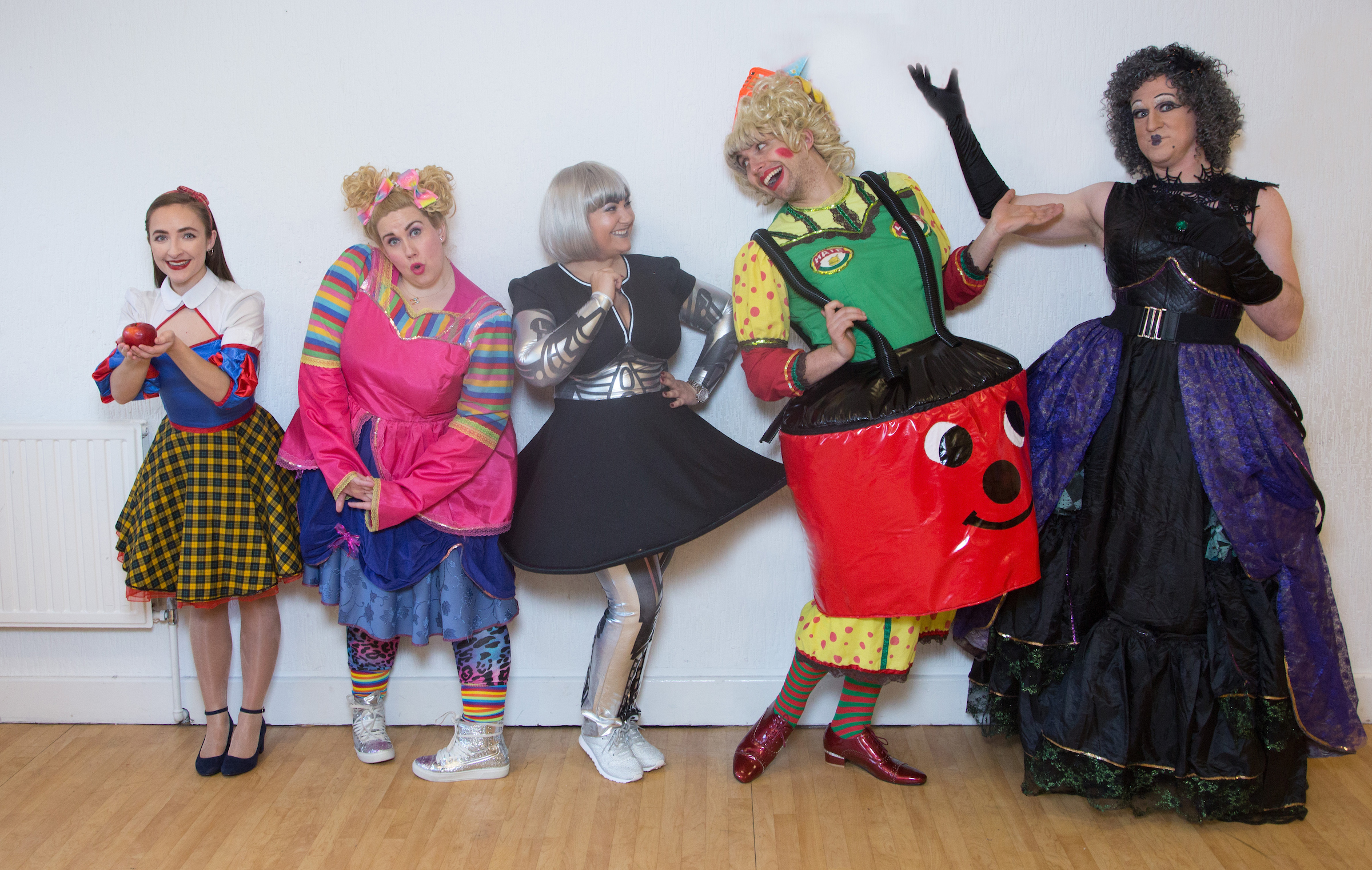 Stars of the show announced for Snow White and the Seven Muppets
An all-star cast is lined up to deliver a panto that promises to be full of song, dance and Glasgow banter, as Snow White and the Seven Muppets comes to Eastwood Park Theatre this Christmas.
The show is written and directed by Giffnocks own Paul Harper-Swan from Insideout Theatre Productions, who is bringing the professional panto to Eastwood Park for the fourth year in a row, following the success of last years smash hit A Belter of a Cinderella Story.
Taking centre stage as Evil Stepmother and 80s pop diva Spella, will be Stephen Arden, fresh from his appearance as Sir Robin in the UK tour of Spamalot. Stephen, from Motherwell, is is dead excited to be donning the wig and digging in his heels as dame and is a dab hand with family shows , having been involved in previous showings of Aladdin, Jack and the Beanstalk and Cinderella, to name a few.
Snow White will be taken on by Stirling lass Charis Murray, who won a full scholarship place at Londons oldest and best known stage school, Italia Conti Academy of Theatre Arts. The 23-year-old, who began dancing at the age of two, is moving back up to Glasgow to take part in the show. Oh yes she is!
Greig Adam from Angus will be taking on a role youre sure to love in Lady Marmite, one of the seven muppets. Greig has worked with Scottish Opera for the last two years and is sure to hit all the right notes at Eastwood Park.
Who needs a mirror when its 2017 and you can bring Siri to life?! Siri will be played by Lisa McKecknie from Belshill, who is making her panto debut this year. She is a graduate of The University of the West of Scotland opened up her own theatre s