Posted on February 26, 2013 by glasgowtheatreblog

There are few shows with quite the same level of audience devotion as The Rocky Horror Show, and forty years later I’m happy to report that the madness is still well and truly alive: with the audience providing as much spectacle as the show, it really is a night out at the theatre without comparison.

The B-Movie pastiche storyline stands the test of time and is as appealing as ever. The music here though is the highlight – I defy anyone not to sing along to Sweet Transvestite, Hot Patootie and of course, The Time Warp. The whole thing is infused with such fun that you can’t fail to be carried away on the magnificent, mad roller coaster. 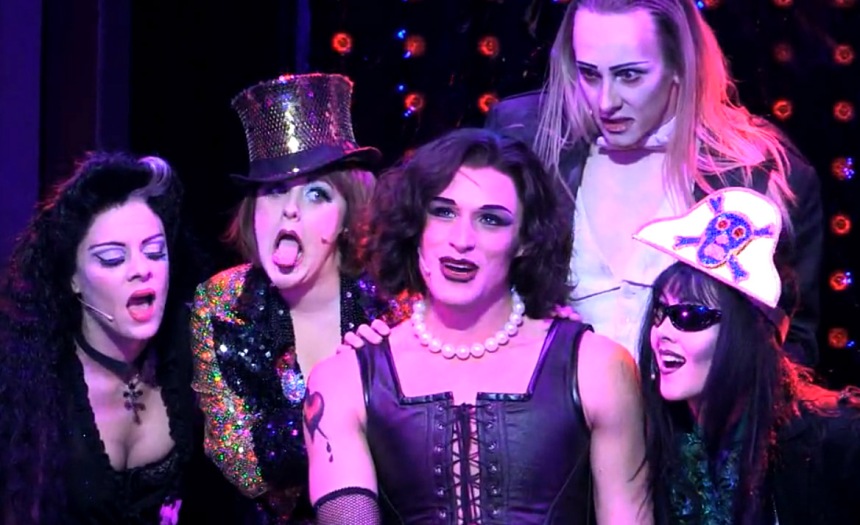 ITV Superstar winner Ben Forster (Brad) and Roxanne Pallet (Janet) both deftly manage the transition from virginal couple to depraved disciples of Frank, and both have the chance to showcase their fine voices which more than match the pulsating band. Stage and TV veteran Philip Franks as The Narrator turns in a genuinely witty performance, fully embracing the camp madness of it all – adeptly fending off the very vocal asides of the Glasgow crowd both scripted and unscripted. Rhydian Roberts is the titular Rocky and its more his pectoral muscles that are on show rather than his vocal ones here, but he carries it off the role with sufficient skill. Kristian  Lavercombe as Riff Raff is a revelation, coming closest to embodying the spirit of the show’s original creator Richard O’Brien than you’re likely to see, and with his powerful voice, he seems destined for great things. 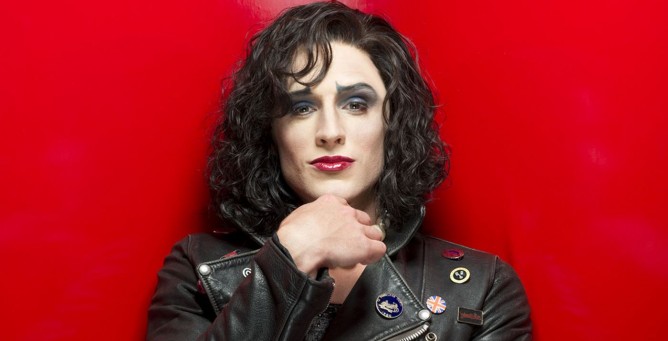 Rightfully though, the show belongs to Frank. Indelibly printed on everyone’s mind is Tim Curry’s seminal performance in the movie, and as Frank n Furter, Oliver Thornton does a rare thing indeed, in bringing us a rather different Frank, never indulging in all out camp or over the the top hamming, rather managing to convey both a more tender side to the character and an ever more mercurial one at the same time. His attraction and menace are skilfully portrayed by Thornton. He also looks so utterly stunning that it’s impossible to tear your eyes away from him when he’s on stage. Every eyebrow raised or lick of the lips is met with roars of approval by the crowd. A sublime performance from Thornton, the definitive Frank for a new generation.

True to its low budget B-Movie roots the set is always a little ropey, but the clever lighting and staging all add to the fun. This is the best  night of escapism you are ever likely to find. The ear-splitting screams of approval from the audience at the end are enough to tell you that.

Due to demand the show will return in August. I urge you – get a ticket now!